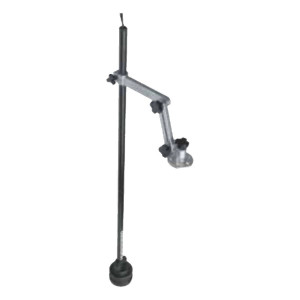 FOR SALE IN TOWNSVILLE:

Drawing on their class leading Mega+ Side and Down Imaging Humminbird continue to innovate and have once again provided the angler with exactly what they need to catch more fish with Mega 360. The holy grail for any angler is to know exactly what is all around their boat from rocks, snags, weed lines and of course fish, and that is exactly what Mega 360 does.

SONAR COVERAGE
Get the unmatched clarity and detail of Humminbird’s revolutionary MEGA Imaging in a 360 degree view. With a diameter of up to 75 m around your boat, you’ll be able to view fish and structure like never before, in a variety of fully customizable viewing areas and scanning speeds.

POWERED BY MEGA IMAGING
The high-frequency beam of MEGA Imaging CHIRPs across the megahertz range to reveal the world below in picture-like detail all the way around your boat.

FULL USE OF TROLLING MOTOR
Use MEGA 360 Imaging without sacrificing boat control. Whether trolling or using Spot-Lock, MEGA 360 Imaging is independently mounted, so your sonar picture remains unchanged as the trolling motor turns.

MARK AND VIEW WAYPOINTS
Found a great spot? Mark it directly on your MEGA 360 Imaging screen. Range rings indicate the distance from your boat to the target, so you can cast directly to it, and save it as a waypoint for later .

Mega 360 plugs directly into your transducer port. If you are running another transducer into that unit you will need the below splitter cable. A Helix and Solix adaptor cable are included in the box with your Mega 360 transducer.